It’s not that often that a Singapore game development studio launches its flagship game on Sony’s Playstation 4 console – and tops that by releasing the PC version on the immensely popular game distribution platform, Steam.

Yet that’s just how Rock Nano stacked the deck right with ArmaGallant: Decks of Destiny, now adapted for the PC under a new name: Deck Casters. 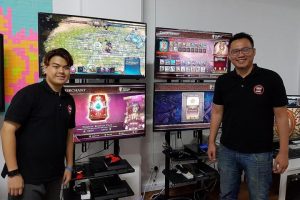 They were on such a small budget, they could only afford to stay in the cheapest hostel in a rough part of San Francisco during a business trip in March 2015.

That was one of the moments that had local game studio Rock Nano Global’s director Ang Chong Lai, 40, and producer Darren Quek, 27, doubting whether their game – ArmaGallant: Decks of Destiny, which was then in the works – would ever take off. 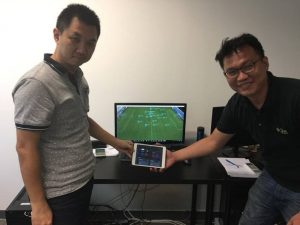 Local businessman and Hougang United chairman Bill Ng has teamed up with some investors to fund the development of a new state-of-the-art football data analytics programme, the proprietary rights of which will be subsequently given to the S.League club to generate revenue for itself. 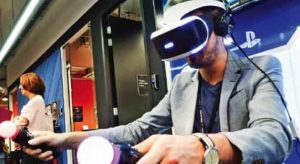 Ang Chong Lai has two great loves: technology and art. He is marrying the two in the areas of virtual reality (VR) and augmented reality (AR). His company, Rock Nano, started out building hologram dinosaurs for M1. The local telco had sponsored a touring exhibition called Walking with Dinosaurs at the Singapore Indoor Stadium in 2010. In 2013, Rock Nano created a VR rig for Keppel Corp that was used in a triple rig naming ceremony two years later.